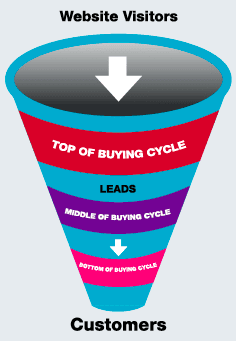 “IPOs worked for Marketo, Eloqua and Responsys, so the precedent is good,” said Gerry Brown, senior analyst for customer engagement and marketing technology for Ovum Research. “Competition for HubSpot will become intense as other vendors, such as Sitecore, offer marketing automation as an add-on. HubSpot needs to make sure they don’t get distracted from execution by the razzamatazz of the IPO.”

HubSpot’s success, Brown added, depends on its ability to keep hitting quarterly revenue targets. Investors are watching. HubSpot raised $125 million for its initial IPO offering and is trading now this morning at $27.25, down from first-day trading of around $31.

Maybe, we wondered, it’s not the time to invest in HubSpot.

“They need to keep showing quarterly growth and hitting targets,” Ovum’s Brown said. “Just look what happened to Rocket Fuel, whose shares fell from $60 to $20 when it missed its profit target in the first quarter. Stock market expectations are currently inflated, and newly IPO’d companies need to avoid volatility, and deliver on their promises.”

But despite net losses, HubSpot gained a certain freedom through its IPO, according to Louis Columbus, vice president of Worldwide Marketing for iBASEt Corporation.

“HubSpot’s decision to pursue an IPO versus being acquired preserves its freedom to innovate and grow as it choose,” Columbus told CMSWire. “According to its S1, HubSpot sees European and global expansion as essential to their growth.”

Columbus sees HubSpot building out its product and services roadmap much faster than before, including their aspiration of being a platform.

“HubSpot clearly sees their business become more platform-centric over time, where applications are ancillary components to a broader strategy,” he said. “The growth and maturing of their platform is key to their future. Being acquired would have forced them to reconsider the platform vision; now they are also free to continue building out that direction of their strategic plans as well.”

“Outbound marketing is so broken in so many companies, I doubt the cloud-based marketing automation space will fade out anytime soon,” Columbus told CMSWire, adding:

Too many companies are doing a carpet-bombing approach to marketing; they are buying lists with tens of thousands of people on them who may not care at all about their products, and then they pump out e-mail campaign after campaign. This is very ineffective and often leads to marketers getting reputations as spammers. HubSpot helps companies break their addiction to carpet bombing e-mail campaigns and focus on attracting only prospects interested in speaking with them.”

But is HubSpot’s platform in need of catch-up to competitors? Ovum’s Brown noted that Oracle announced the integration of Eloqua and BlueKai at Oracle Open World in San Francisco last week. Integration with Oracle and Responsys marketing automation will follow shortly, he added.

According to Brown, BlueKai is the force behind Oracle’s new cloud-based Data-as-a-Service (DaaS) proposition, which enables:

“A new partnership with company data provider Dun & Bradstreet also provides enhanced company profiling DaaS for sales teams,” Brown told CMSWire. “This is well beyond what Hubspot and Marketo can offer for marketers.”

Eloqua, he added, is now therefore becoming embedded into the Oracle Customer Experience stack, which includes sales and service, as well as marketing functionality.

“This far outstrips the range of Marketo’s ‘marketing only’ proposition,” Brown said. “However, Marketo is still growing at 60 percent per quarter, which is a pretty healthy rate. Marketo is probably the best of the independent best-of-breed vendors that includes HubSpot and Act-on. These vendors will likely be constrained mostly to the mid-market as large enterprises choose integrated full enterprise-wide cloud suites from the likes of Adobe, Salesforce and Oracle.”

Several months ago we reviewed one of Emerson's new ads that ran in Chemical Processing,…

Blogging: A Most-Important Part of Your On-Site SEO Strategy